John Deacon’s first guitar was a red plastic Tommy Steele special, which his parents bought for him when he was seven.

John’s father, Arthur, however, led him in a different direction, encouraging John to tinker with electronics, a hobby that Arthur himself loved. One of John's early projects included adapting an old reel-to-reel tape deck to record music from the radio - usually The Beatles and Alan Freeman's Hit Parade. John’s interest in electronics developed into a passion, and in his younger years at least, he thought of turning his hobby into a career.

But side by side with his interest in electronics, John's interest in music was also growing, particularly triggered when he bought The Beatles first two albums. Becoming a huge fan of the band, John took the decision to learn how to play the guitar. Diligently saving the money from his early morning paper round, John was able to buy a ‘proper’ guitar. He then threw himself into practising, and was soon jamming in a friend's garage. By the age of fourteen John was well practised enough to form his first band, The Opposition.

Over the next few years, The Opposition went through numerous line-up changes and played many gigs. By the end of 1966, the band had a strong following throughout John’s home turf of Leicester. But when, later that year, the Opposition's bassist left the band, it fell to John to fill the gap. So, he bought his first bass guitar, an Eko, for £22, and with the change of line-up, the band changed their name to The New Opposition, with John now playing the bass.

Several band name changes later (they were now called Art), 1969 saw John leaving the band for London, taking up studies in electronics at Chelsea College, University of London. For the moment, music took second place to electronics, but John had of course brought along his old acoustic guitar just in case an opportunity came up. John went on to achieve a First Class Honours Degree in Electronics that same year.

In October of 1970, John went to see a performance by a new band called Queen. He recalls, "They were all dressed in black, and the lights were very dim too, so all I could see were four shadowy figures. They didn't make a lasting impression on me at the time.”

But several months later, in early 1971, John again encountered Queen, when he was introduced to Brian May and Roger Taylor. For their part, they had not been impressed by the bass players they’d encountered and had just lost their seventh. They asked John if he was interested in auditioning and days later John found himself at a lecture hall at Imperial College where the band was rehearsing. He brought along his trusty bass guitar and his own custom- adapted amp, now known as the legendary ‘Deacy Amp’. He began to learn Son And Daughter and a few other songs the group had been playing. Not long after, on 1 March 1971, John Richard Deacon became the fourth and final member of Queen, largely, as history recounts it, not only because he was a brilliant bass player, but he was also quiet and didn’t try to upstage the others, particularly the band’s lead singer, the very larger than life Freddie Mercury. At just 19, John was the youngest member to join the band.

That home-made amp, the ‘Deacy’, which helped John take his place in Queen and is also now used by Brian May, is shortly to become commercially available. John’s image as ‘the quiet one’ in Queen extended to their early recording sessions, in London, which focused on songs written by Freddie, Brian and Roger. John’s standing as the ‘invisible man’ of the group was humorously marked by the band on their first album, Queen, where they changed his name in the sleeve credits to Deacon John, rather than the other way around, to “make him sound more interesting”. This returned to normal for Queen II.

It wasn’t until the band’s third album, Sheer Heart Attack, that John’s first composition for Queen appeared, with the rather catchy Misfire. More of a Pop/Motown kind of guy - strangely at odds with Brian and Roger’s rock roots and Freddie’s grand musical landscapes - John’s writing skills flourished in the recording sessions which followed. He would go on to compose some of Queen’s biggest and most popular hits including You’re My Best Friend, I Want To Break Free’ and Another One Bites the Dust, propelling Queen’s career to new heights in the US, topping the charts for three weeks and being voted the Favourite Single in the Pop/Rock category at the American Music Awards in 1981. The Another One Bites the Dust single was such a hit right across the board that it even found an audience on the black audience radio stations, reaching No. 2 in the national R & B charts. Along with We Are The Champions and We Will Rock You, the song has passed into legend by becoming Queen’s third major sports anthem.

John took a brief foray into solo work when in 1986 he formed The Immortals, and released one single, No Turning Back, and contributing to the original soundtrack of the film Biggles, based on the Royal Flying Corps pilot character in the series of novels written by Captain W.E. Johns.

Today John lives a life retired from Queen but still takes an interest in the continuance of the legacy of the band, and remains in contact with former bandmates, Roger Taylor and Brian May.

John’s last appearance on stage with Queen was at the Paris National Théâtre de Chailioton 17 January 1997 at the Gala premiere of Maurice Béjart’s AIDS-inspired Ballet for Life, dedicated to Freddie Mercury and dancer, Jorge Donn, performing The Show Must Go On with Elton John joining the band on vocals.

John joined his former bandmates for one final time in October 1997 for the recording of the Brian May song, No-One But You (Only The Good Die Young), released by Queen as a personal tribute to the late Freddie Mercury. 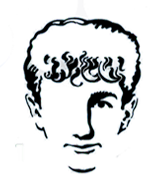